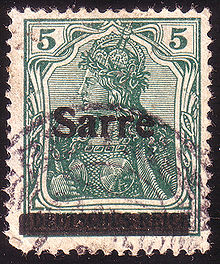 Yesterday we drove alongside the Saar, passing Saarbrücken and the distinctive industrial architecture of the Völklingen Ironworks (a UNESCO world heritage site). We overnighted at a hotel in Grosbliederstroff (on the Saar) and this morning I ran some 14 kilometres along the Saar and the canal that runs parallel with it (training for the 20 k!). This particular part of the world is a jogger’s paradise. I ran around Sarreguemines but for the rest the path and its surroundings are idyllically pastoral, with just a few relics of the bygone industrial age dotted about. All that history, learnt at school, came flooding back, for this region was at the heart of the European problem. From 1920 to 1935 the Saar Basin was governed by the United Kingdom and France under a League of Nations mandate. The region had its own currency (the Saar franc) and postage stamps. A 1935 plebiscite returned the area to Germany. From 1947 to 1956 it was a French protectorate. A 1955 referendum returned it to Germany. Why so much history? Because nation state boundaries (and linguistic frontiers) were blurred and the region was a major producer of coal and steel. When I was researching a book into the Council of Ministers I discovered that a lot of the early ministerial discussions were about the rights of bargemen, since they traversed national frontiers with the rivers and canals. There are still a few of the old industrial barges moored on the Saar’s banks. The other topic on the ministerial agenda was the creation of a European University Institute. It was only finally created in 1976, and then through an intergovernmental convention. Those ministers and diplomats and officials slogging away in countless meetings could hardly have imagined how far the European integration process would come, and how fast!